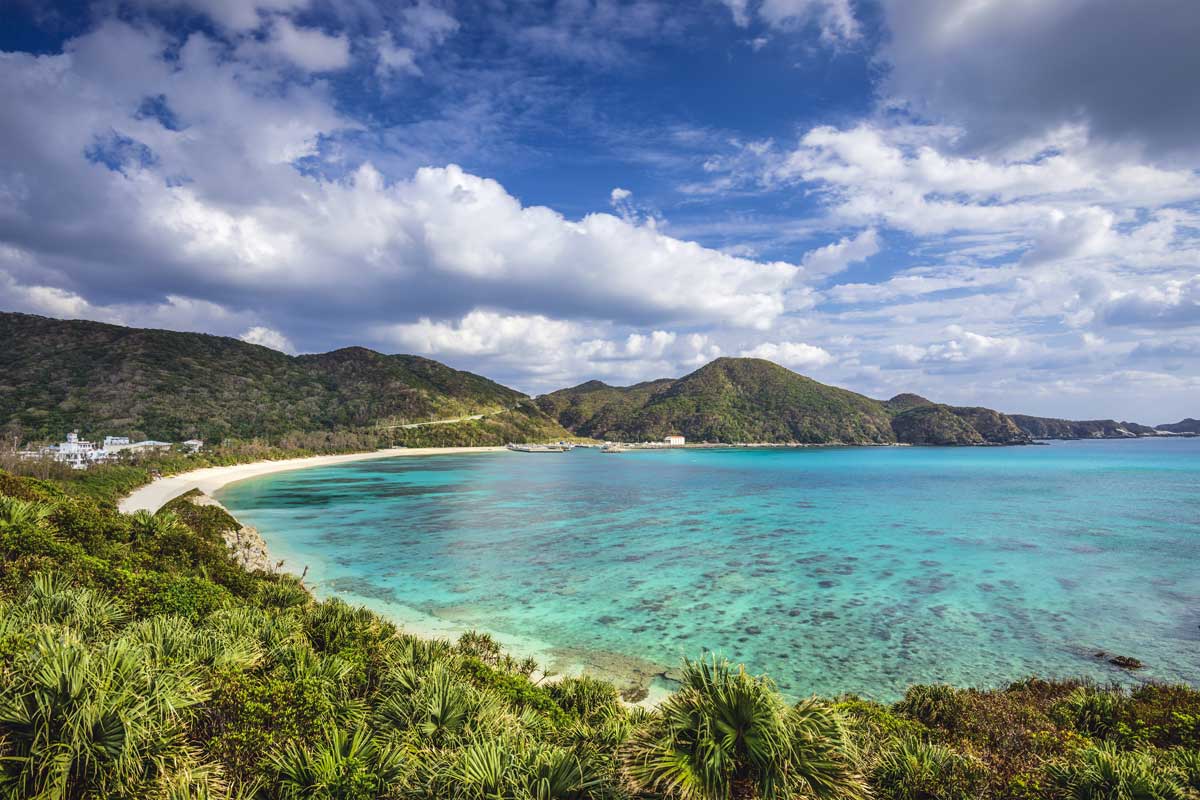 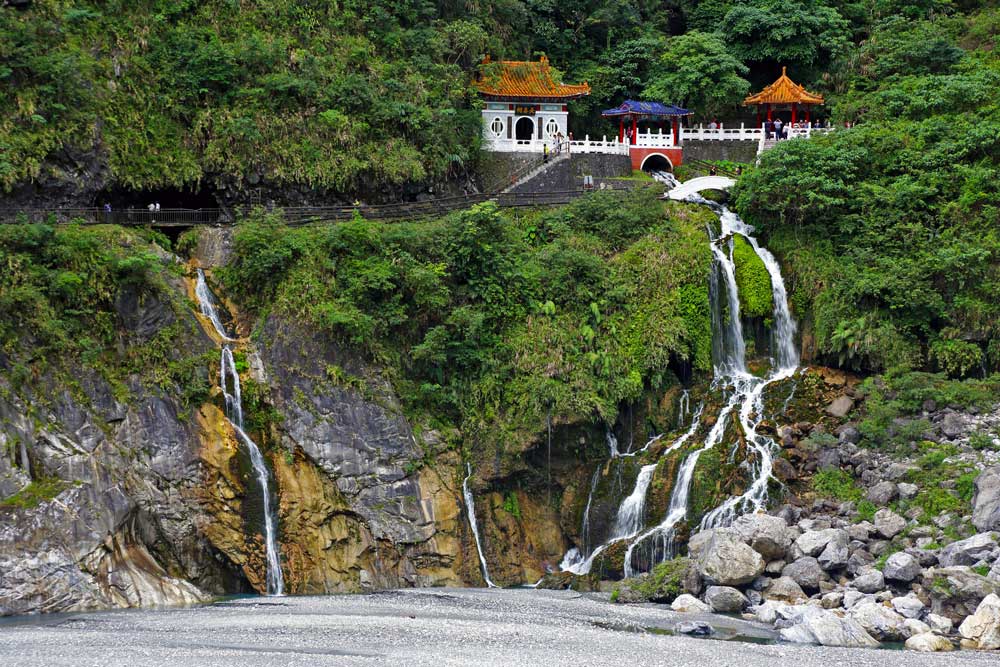 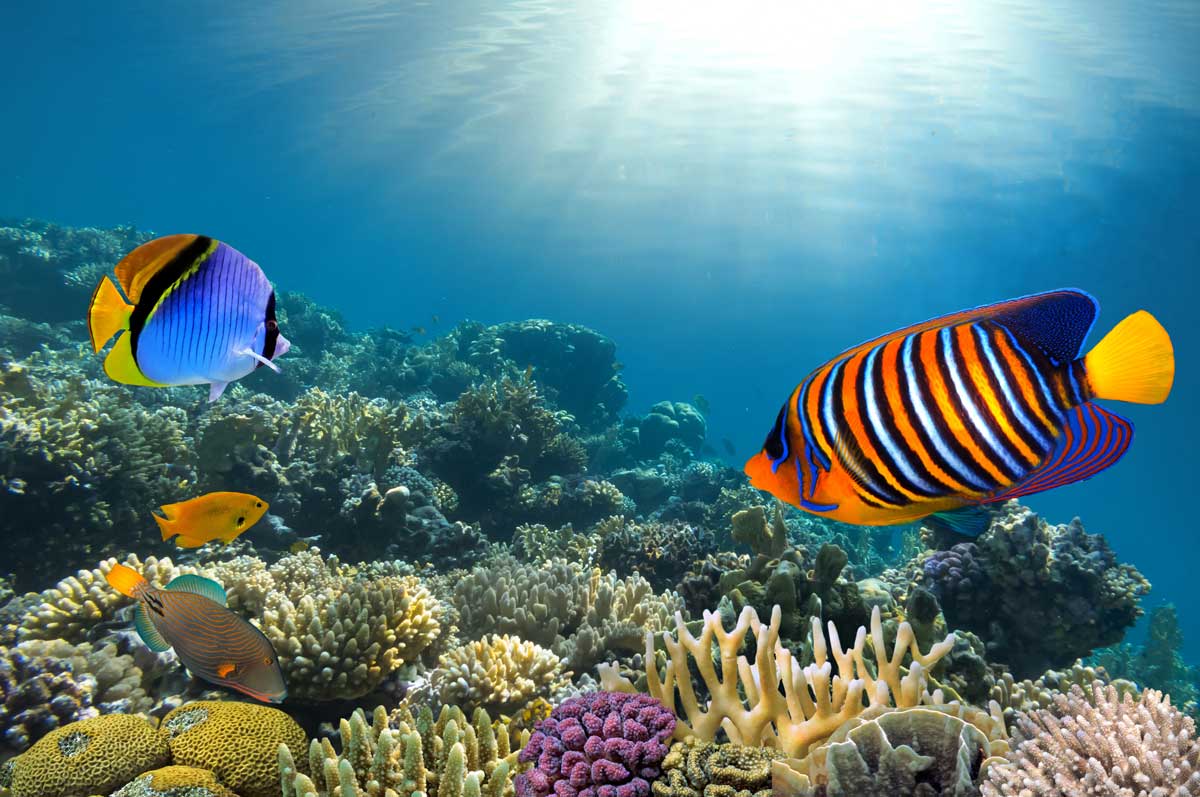 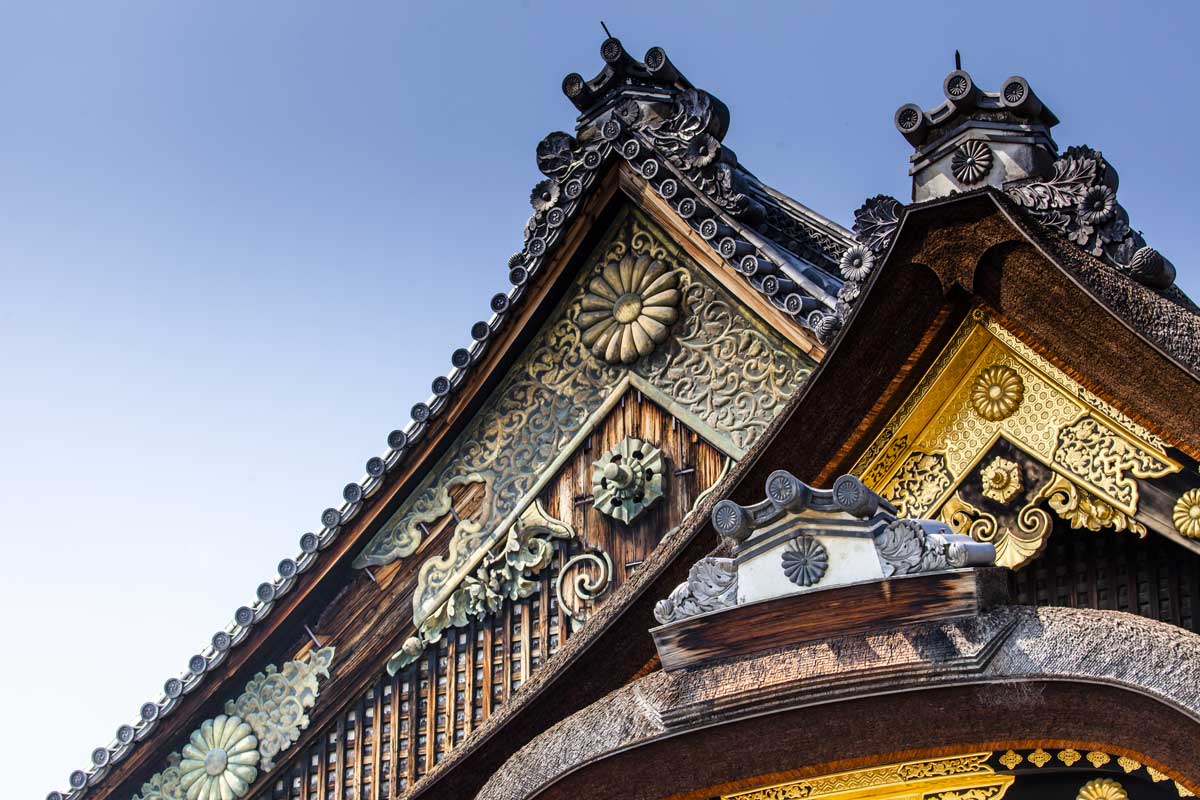 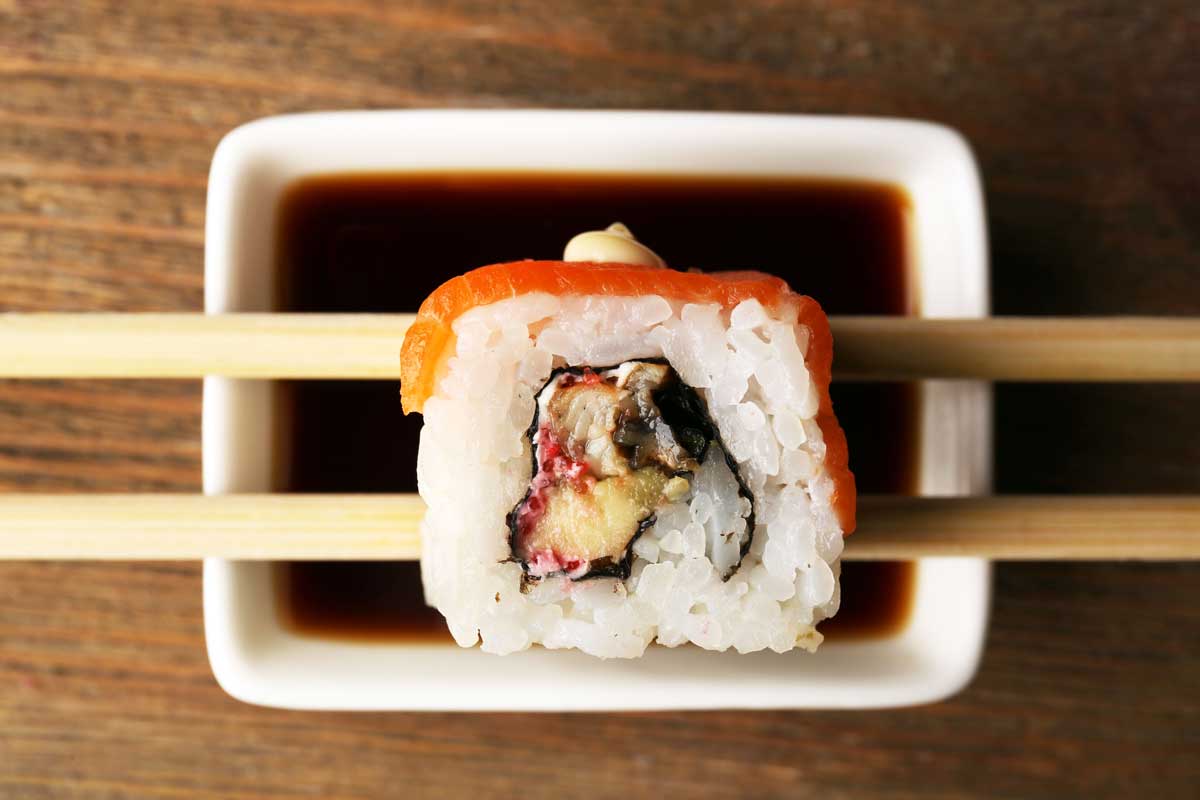 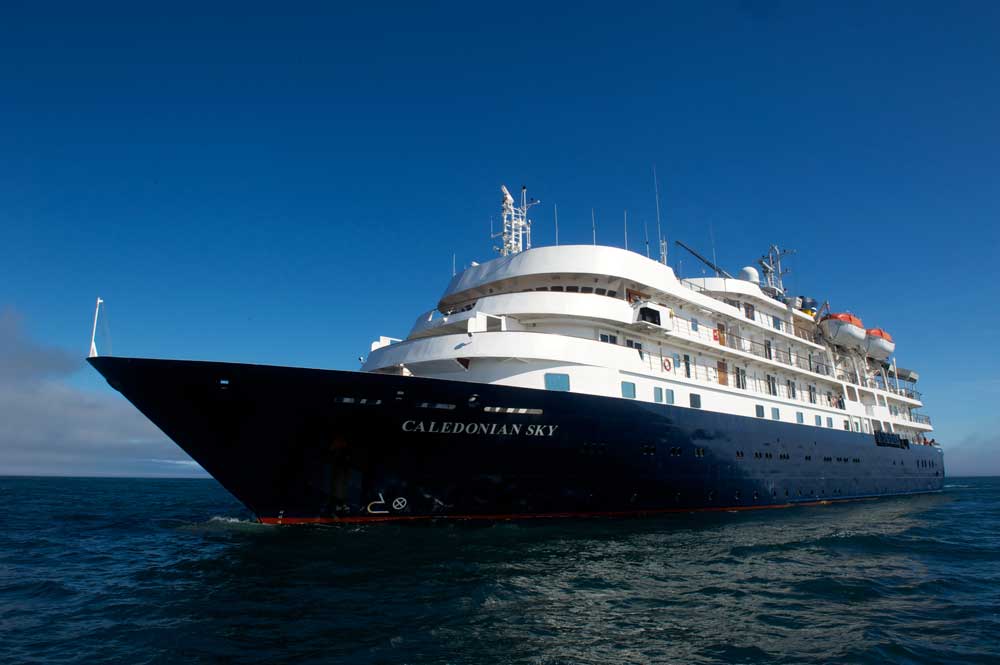 Join a journey to Asia’s Subtropical Isles: Philippines, Taiwan & Japan. Experience warm welcomes and legendary Filipino hospitality as you visit remote islands and cultural heritage sites to learn about daily life and local traditions. Witness the cultural melting pot of vibrant Taipei, as well as Taiwan’s “wild side” in beautiful Taroko National Park. Snorkel or dive in the crystal-clear waters surrounding Japan’s remote and seldom-visited southern islands, home to a variety of colorful marine life. Photograph the iconic scarlet tori of Miyajima; this giant camphor-wood gate is a World Heritage Site and sacred site of pilgrimage that appears to float in the surrounding waters during high tide. Discover the cultural treasures of Kyoto; this well-preserved cultural gem was the imperial capital of Japan for over one thousand years. Aboard the 100-guest Caledonian Sky.

Day 1-2: Depart USA / Manila, Philippines
Board your independent flight to the Philippines. Arrive in Manila on March 12 and check into the Marriott Airport Hotel for dinner and overnight.

Day 5: Vigan
Established in the 16th century, Vigan stands as Asia’s finest example of a planned Spanish colonial city. Exceptionally intact, its grid street pattern and architectural influences earned the city UNESCO status in 1999. Wander the cobbled streets, and pay a visit to the Pagburnayan pottery makers, to learn about the production of Vigan’s famous burnay jars.

Day 6: Babuyan / Calayan, Bauyan Islands
Explore Babuyan, home to steep foothills, volcanic cones, mangroves, and a marine sanctuary. Take a stroll along Calayan’s gorgeous white-sand beaches and snorkel or dive in the warm waters, while birders search the forest for the Calayan rail, a flightless bird endemic to the island.

Day 7: Basco, Batan Island
Batan was the first domino to fall during Japan’s invasion of the Philippines during World War II, and you will hear harrowing tales while visiting a tunnel used as a hideout by Japanese soldiers. Climb to the top of Radar Tukon, a former lighthouse and U.S. weather station, which offers 360-degree views across the island. Savor the fresh air and bucolic setting of the Vayang Rolling Hills, then take a leisurely stroll around the town plaza, dominated by Santo Domingo de Basco Church, built in 1812.

Day 8: Hualien, Taiwan
Arrive in Taiwan’s second-largest city, located on the mountainous east coast. Hualien serves as your gateway to Taroko National Park, centered upon its namesake marble gorge. The park comprises some 227,000 acres and varying altitudes, from near sea level at the mouth of the Liwu River to towering Mount Nanhu at more than 12,000 feet. Such dramatic climate changes create a diverse array of vegetation and habitats, which boast a third of Taiwan’s vascular plants, half of its mammal species, and over 140 recorded of resident bird species.

Day 9: Keelung (Taipei)
Dominated by Taipei 101—a 1,600-foot-high tower that resembles a stalk of bamboo—Taiwan’s capital offers a captivating mix of Asian and Western influences. The city is famous for its street food, so make a stop to sample a variety of xiaochi (little snacks) while visiting top attractions such as the Chinese-influenced Martyrs’ Shrine, Chiang Kai Shek Memorial Hall, commemorating Taiwan’s former president; and the National Palace Museum, which houses the world’s largest collection of Chinese art. Or, leave the city bustle behind to visit Yehliu Geopark with its surreal rock formations, as well as Gold Ecological Park, built to offer insights into the region’s gold-mining culture.

Day 10: Ishigaki, Yaeyama Islands, Japan
Commercial center of the Yaeyama Islands, Ishigaki is renowned for its pristine beaches and prime diving spots. Go canoeing along the mangrove-lined Miyara River and soak in the views of the Hirakubo Peninsula from the Tamatorizaki Observatory. Get some spelunking in at the 1,000-foot-long Sabichi limestone cave with its fantastic stalactites; the cave leads out onto a beautiful beach. Lunch at a local restaurant is followed by a visit to Minsa Kogei Kan, where you can watch talented craftswomen weaving their distinctive Minsa textiles.

Day 11: Kerama Islands
This mostly uninhabited chain lies southwest of Okinawa—and a world away from its hurried pace. Just four of the Kerama Islands are populated, and you step ashore via Zodiac for a morning walking tour of the main village. Visit the humble Peace Pagoda and Mount Takatsuki Observatory for scenic views before returning to the ship for lunch. This afternoon board Zodiacs to search for migrating humpback whales.

Day 12: Naze / Koniya, Amami Islands
The Amami Islands are defined by dense jungle, daunting caves, superb beaches, and lush sugarcane fields. Learn about natural wonders, history, and culture at Amami Park on Naze, which houses numerous displays of photographs, artifacts, and artworks by Japanese painter Tanaka Isson, the “Gauguin of Japan.” Isson’s famous images of Naze’s birds and flowers are magically reproduced in textiles at Oshima Tsumugi Pongee Village, as you watch local artisans at work before returning to the ship for lunch. This afternoon, a short hike through the ancient Kinsakubaru Virgin Forest reveals giant ferns, broadleaf trees, and rare bird species.

Day 13: Yakushima Island
Yakushima is home to a primeval temperate rainforest of giant sugi (Japanese cedar), earning this small island UNESCO World Heritage status. These ancient cedars have stood for upwards of 5,000 years, and you get a sense of their majesty on a trek through Yakusugi-Land. Gain further insight through the interactive displays at Yakushima Environmental and Cultural Village.

Day 14: At Sea
A day at sea offers the chance to relax on deck and attend informative lectures.

Day 15: Itsukushima Island
Popularly known as Miyajima or “Shrine Island,” Itsukushima is considered holy to both Shintoist and Buddhist Japanese. The island is home to the iconic Itsukushima Shinto Shrine, masterfully crafted 12th-century red tori gates that appear to float above the water at high tide. Other highlights include taking the ropeway up to Daish¯o-in Temple on Mount Misen, and touring Senjokaku or Toyokuni Shrine, the “Hall of One Thousand Tatami Mats” the largest structure on the island.

Day 16: Naoshima Island (Uno-Ko)
The port of Uno-Ko serves as the gateway to Naoshima, an island known for its many modern art museums. Your day of contemporary culture begins at Benesse House Museum, an integrated museum/hotel that incorporates nature inside as well as around the seashore and nearby forest. Then head to the subterranean Chichu Art Museum, where works by Claude Monet, James Turrell, and other major artists are housed almost totally underground. Finally, visit the Ie or Art House Project, an organic project that turns abandoned houses into living art spaces.

Day 17: Kobe / Disembark / Kyoto
Disembark in Kobe, then transfer to Kyoto for an introductory tour. Japan’s imperial capital from 794–1868, the city seems frozen in time with numerous tranquil temples, serene gardens, and traditional tea houses. Visit the 17th-century Nijo Castle, before a tour and tasting at Matsui Sake Brewery. After lunch at a local restaurant, tour the 14th-century Kinkakuji, “Temple of the Golden Pavilion,” covered in gold leaf; and Ryoanji, a Zen temple famous for its rock garden. Check in to the Kyoto Okura Hotel with dinner at the hotel or an option to dine at your leisure.

Day 18: Kyoto
Visit Kiyomizudera,“Pure Water Temple,” one of Japan’s most revered temples. Dating from 780 and designated a UNESCO World Heritage Site, the temple is built over the Otowa Waterfall. Following lunch at a local restaurant, tour Sanjusangendo or Rengeo-in, a temple noted for its 1,001 statues of the goddess Kannon, and the impressive Fushimi Inari Shrine, dedicated to the gods of rice and sake. Return to the hotel for a festive farewell dinner.

*Please note: This itinerary is subject to change. In the spirit of expedition travel, plans may change slightly to take full advantage of encounters with the destination and its people, culture, and wildlife.

Rates are approximate until the time of booking. Please note rates are subject to change without prior notice due to circumstances beyond our control; i.e. fuel increases, currency fluctuations, etc.

– All gratuities; accommodations in our hotels and on board the Caledonian Sky as outlined in the itinerary; all onboard meals; all group meals on land; soft drinks, wine, and beer with lunch and dinner; arrival and departure transfers on group dates; services of the expedition staff, including lectures, briefings, slide/film shows; all group activities and excursions; landing and port fees; and medical expense coverage and emergency evacuation insurance.

This itinerary is subject to the availability of all services at the time of making a reservation. No space is being held at this time. Please contact Expedition Easy for the full terms and conditions that apply. We are happy to answer questions and discuss your trip.

Connect with our Expedition Specialists